There are two common reasons for wanting smart-contract-upgradability — new features and security (bugs). Upgradeable contracts are more scalable and secure since they can be updated to keep up with state-of-the-art, community-wide practices and standards.

Since Firefly is a protocol governed by the community of token holders, it must provide the flexibility to change pieces of core business logic through the decentralized governance process. That's why OpenZeppelin's thoroughly audited, open-source upgradability framework allows for cutting-edge, upgradable smart contracts with a high level of security. In this article, Firefly's Insurance Fund and Governance contracts will serve as examples of how upgradable contracts work under the hood.

Figure I: A smart contract before and after an upgrade.

By design, smart contracts are immutable. This powerful feature prevents someone with malicious intent from changing a trusted contract. However, it can also be an obstacle hindering the ability to add features and bolster security. On the other hand, upgradability requires an admin address to be trusted with the responsibility of modifying contracts correctly. This adds a central point of failure and goes against the trustless nature of decentralized applications. To make upgradability possible while keeping the Firefly protocol trustless, the ownership of the contracts is transferred to Firefly's decentralized Governance on genesis. An upgrade requires a proposal to be presented and approved by the holders of Firefly's native governance token. A minimum quorum must be met after which the majority must vote in favor of the proposal for the upgrade to be executed.

Equipped with this understanding, let's now dive into the main topic: how contracts can be made upgradeable. Upgradable contracts are achieved through a proxy pattern, which requires two separate contracts for one upgradable one. As illustrated below, a "proxy" contract acts as an interface between the outer world (users) and an "implementation" contract that stores the core business logic.

Figure II: User interacts with a proxy contract, which delegates function calls to the upgraded contract.

A user interacts with the proxy contract, which diverts function calls it receives to the implementation contract as shown in Figure II.

The proxy also has a few important publicly exposed functions such as setAdmin/updateAdmin (same function with two naming conventions) that allow users to change the admin of the proxy. The admin can be an address belonging to a single user, a multi-sig wallet, or another contract. Only the current admin of the proxy can transfer adminship so these functions generally have the onlyAdmin modifier applied to them. 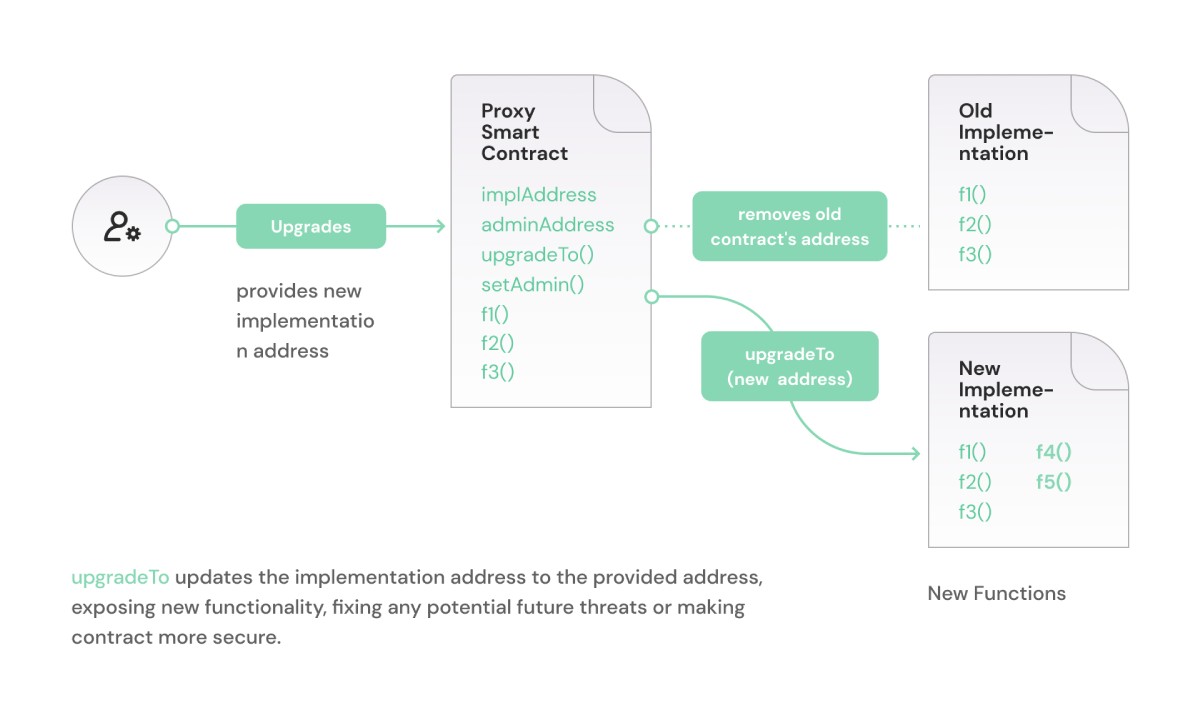 Figure III: By interacting with the proxy contract, the admin upgrades the core contract to a new implementation. 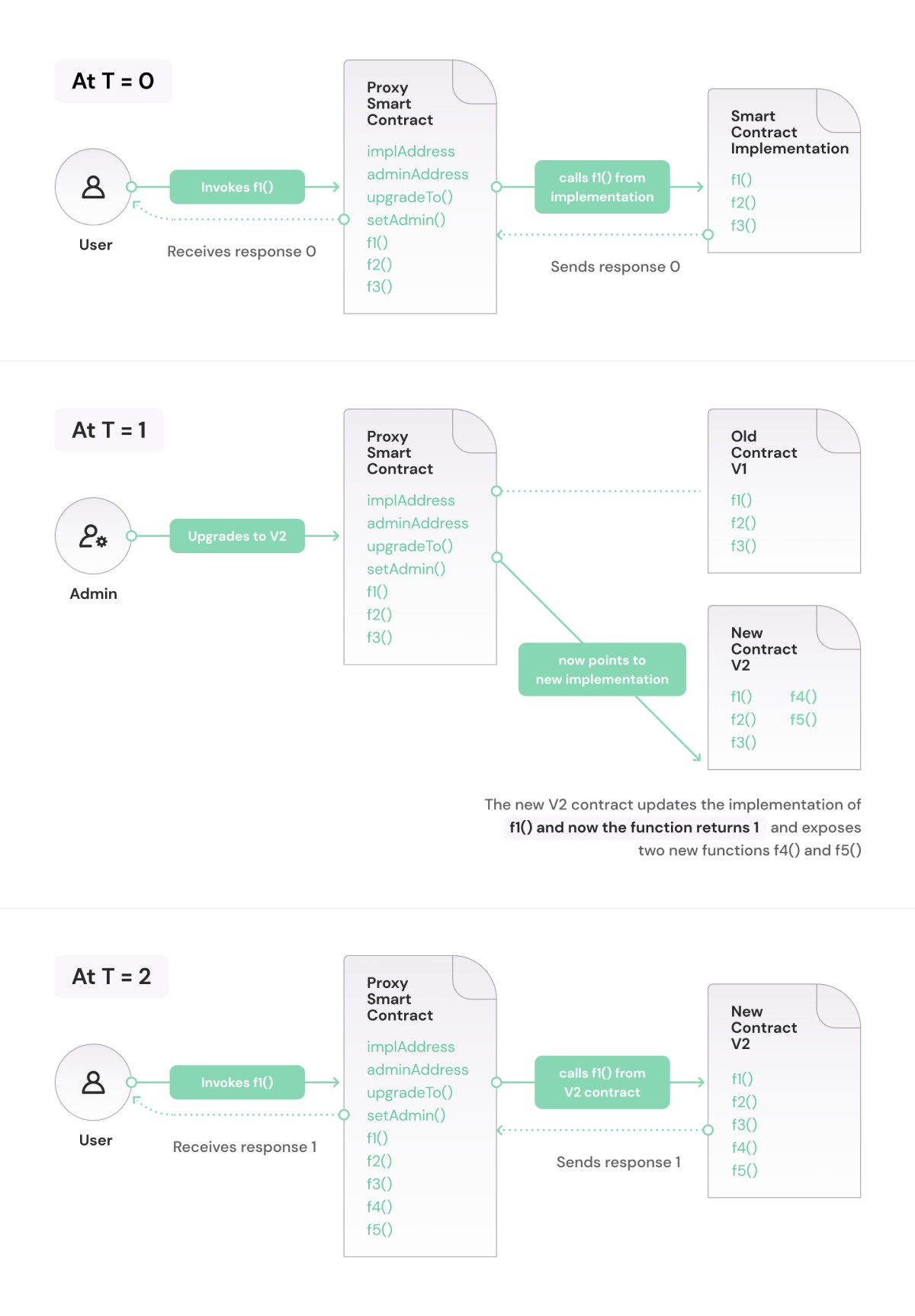 Another important and difficult process required to perform a successful contract upgrade is the migration of the current implementation contract's state to the new contract's state. If the new contract does not have the same state, data, and parameters as the old one, it could result in a large loss of data or at worse crash the entire protocol. This is analogous to database migrations when updating backend servers for an application. If an application is moved from AWS to Azure and the database is not also migrated, the application will lose all previous data such as client preferences, balance, etc.

Writing code for proxy contracts and migrations is not a trivial task; it requires dedicated time and effort to ensure an upgrade can be pushed successfully when needed while retaining its previous state. This is where OpenZeppelin's Upgrades Plugin shines - it provides a framework to build, test, deploy and upgrade contracts in a secure and orderly fashion. The Upgrades Plugin implements the aforementioned proxy design and logic, allowing developers to instead focus on updating the business logic of the implementation contract. It does so by enforcing users to follow these framework guidelines. A few of the main ones are:

These guidelines and many others outlined by the framework are followed to make Firefly's Insurance Fund and Governance contracts upgradeable. Apart from the DETToken contract, not upgradeable due to important design considerations, all other contracts can be easily upgraded via a governance proposal. These contracts include: 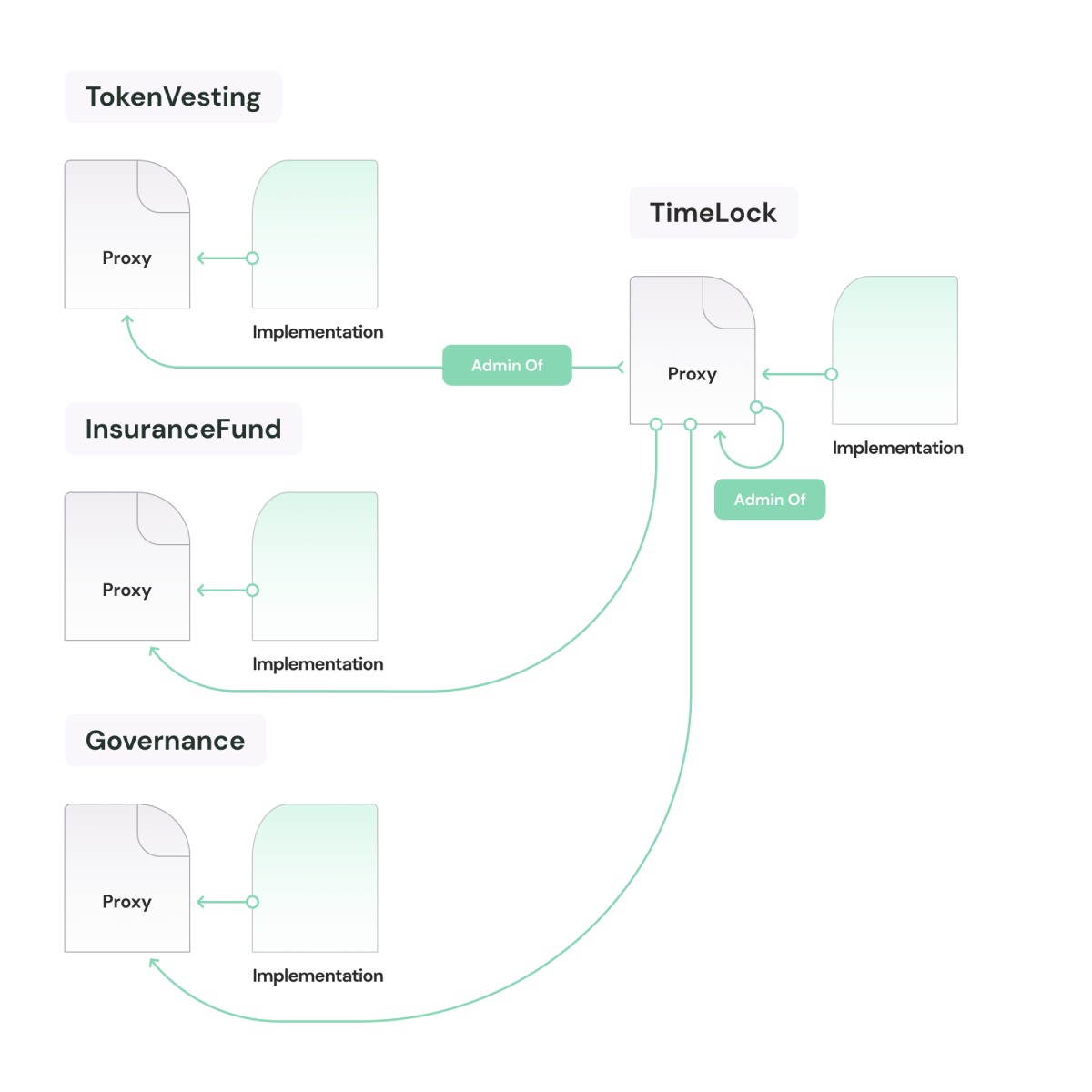 Before a proposal can be presented to governance, the proposer must deploy the new implementation on the network like this:

Once the new implementation is deployed, a proposal can be proposed in Governance to update the proxy contract of TokenVesting having the following actions:

Once the proposal has accumulated enough votes, the Governance executes the proposal. Governance uses TimeLock to execute the upgradeTo function on TokenVesting Contract proxy and updates the implementation to the new address.

Seed Labs ©️ is a startup focused on developing products for retail and institutional investing.
Seed Labs's first product is commissioned for decentralized perpetuals on commodities, stocks and digital assets.

We are building the world’s most
technologically robust fintech products.